We sold out of Astering cassettes! Y’all bought ’em up real fast. You can still buy the digital tracks on Bandcamp, listen on Spotify, or watch on YouTube.

The single has been getting a little bit of attention elsewhere too. Our hometown Listen Local DC played it on their podcast, as did the British radio podcast Life Elsewhere. MXDWN premiered the video and called it “a perfect way to experience Soft Punch and the healing power of music.” Closed Captioned was kind enough to say, “There’s plenty here to mesmerize you… the way he mixes everything together is masterful… the magic that he creates has a real tone that you cannot shake… it all works perfectly.”

Frankly, I got a bit distracted by the whole tape release, and this update is coming out later than I’d planned. So much has happened since my last one!

But first, how are you? Did you see some family last week? Was that enjoyable or difficult? Family can be great, and family can be hard. Hope it was the former, but you’re certainly not alone if it was the latter.

I had a nice lunch with Brendan, and he made some good, tart cranberry sauce, but I’m still homebound, so dinner was on my own. He (rightfully!) had a proper meal with relatives nearby.

Holidays are a mixed bag when you’re ill. I haven’t seen my extended family in years, and it gets hard to watch little cousins grow up without even knowing you exist. However, I will see my sister soon, for the first time since 2016! That’s something, right?

Before we abandon Thankfulness, I have to mention a few things:

• My migraines have dramatically improved! I still have some head pain most days, but since I started a high dose of Pristiq in September, my migraines happen much less often, and they’re usually less intense. In other words, I don’t spend several hours debilitated by headaches every day. Of course, I have to be careful about how I spend my newfound time, so I don’t trigger CFS crashes, but otherwise, this is a big win!

• I got an enormous Artist Grant from DC! Like, it’s really big. Since it was announced in October, I’ve spent hours upon hours determining the best way to spend it. It’s amazing how quickly money disappears! I’ve partitioned half of it for studio improvements and half for promoting a new album (likely late next year). It won’t touch my medical expenses or pay for inevitable repairs, but it will get me a nice new mic, some wild new toys, and a lot of cables and connections to greatly improve my workflow.

• A week ago, I sold my Guild electric guitar and bought a pretty new, semi-hollow Gretsch that should arrive later this week. I had about 15 years of muscle memory on that Guild. This Gretsch ought to give my fingers some fresh inspiration! 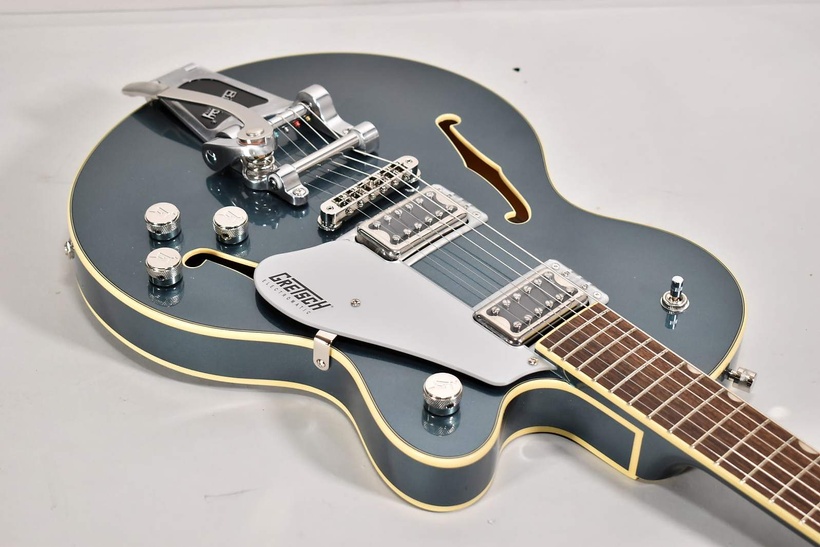 If you’re a subscriber, you already know my last two Patreon posts were pretty special. I spoke with a friend who also has ME/CFS, and we made some healing music together. I’m still new to the concepts of energy work, shamanism, and healing music–and I can’t personally vouch for the effectiveness of any of them. But I’ve personally fallen through the gaps in modern medicine, and I have had several friends with chronic illnesses find substantial relief through treatments not currently recognized by Western medicine. So as long as it’s not actively harmful, I try to stay open to possibilities. I’m not too concerned with *why* an unconventional treatment works, just that it’s had a consistent, tangible, positive impact.

I think Kaeley brought up some really thought-provoking possibilities about energy practices and healing; some of you might even want to work with her (she’s not expensive and is open to skill trades). I decided to make both posts public, so all of you can see, and so you can share it, if you know someone who might be interested.

This post contains further thoughts and a musical collaboration based around a heart chakra frequency.

If you haven’t already, pull up a seat and take a look. It’s never boring, and I love how the music came out!

I am currently at my parents’ house, while Brendan’s bathroom gets renovated. It’s the first real time since 2017 that I’ve left home for non-medical reasons! So far, it’s fine. Back at the homestead, however, contractors found some awful black mold behind the shower and under the floor tiles, along with wood rot all over the place. After they removed big chunks of mold-covered drywall and tile from the house, Brendan already breathes better. “It’s like using Afrin,” he tells me.

There’s a very real possibility that this mold problem has factored deely into my illness. We have a lot left to figure out first, but there may be some steps we can take to help me deal with it. Some people are able to achieve full CFS remission by strenuously avoiding mold (and I do mean strenuously; it requires pretty extreme action). Others get no benefit from avoiding mold, even if it was a factor in their getting sick. It’s impossible to say what happens next, but this is definitely a path we’ll be pursuing.

In other news, I really do like that Taylor Swift song “All Too Well,” but the ten-minute version seems a bit much. But props to her for the longest SNL performance ever, and I was so happy she asked Phoebe Bridgers to sing on one of the bonus tracks. For something more chill, my friend Carni Klirs put out a real, real nice instrumental ambient record this year. Highly recommend. And if you need to watch something other than the new Beatles series, but that nonetheless features great tunes, I think the soundtrack for the utterly excellent dark comedy, “The End of The F***ing World,” is a riot. Super smart music direction. 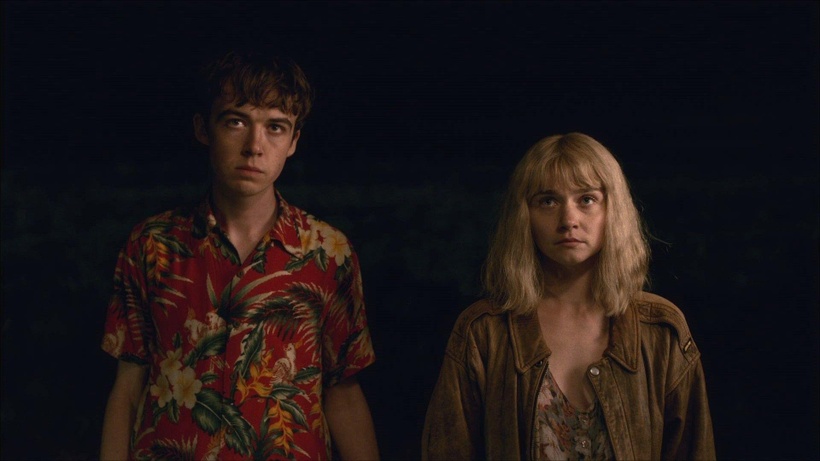 It’s like an upbeat rom-com, but with more murder and psychopathy.

I don’t have any holiday tune suggestions (other than that one Deleted Scenes song I covered a while back), but if you have any fresh suggestions, I’m all ears. Always have been. Nothing but ears.

I rely on the support of my patrons to stay afloat. If you enjoy my content, become a supporter to access even more!

No comments to show.