If you’re reading this, I’m glad you’re alive! Things have been pretty wild lately. Covid is heating back up and nearly took out a dear friend of mine (still in his early twenties, no less). Get that jab!

The White House did a great job getting this far, but they’ve recently begun venting frustration at the unvaccinated, which is possibly the worst message they could send. If someone has concerns, even absurd ones, listen to them patiently and treat them kindly before explaining carefully why you believe the vaccine is safe, effective, free, and important. And for goodness sake, if you know a busy single parent who hasn’t found time to get it yet, offer to watch their kids. Not everyone is resistant–some people lack transportation, lack information, or just have a lot on their plate. We can do this, but we need real teamwork!

If it seems longer than usual since you’ve heard from me, there’s a reason for that: July was hell. I kept putting off writing this because I was too ill to do it and because it would have been so depressing to read. After the intense inpatient treatments in May, and a difficult recovery, I had a couple pain-free weeks, and then the migraines came back. They quickly ramped up, and all the positive momentum we developed before the inpatient stay just evaporated. It was nearly a 24/7 migraine. Many days, I just sat motionless, in pain, unable to even think straight. I wasn’t sure if I would be able to continue my Patreon. 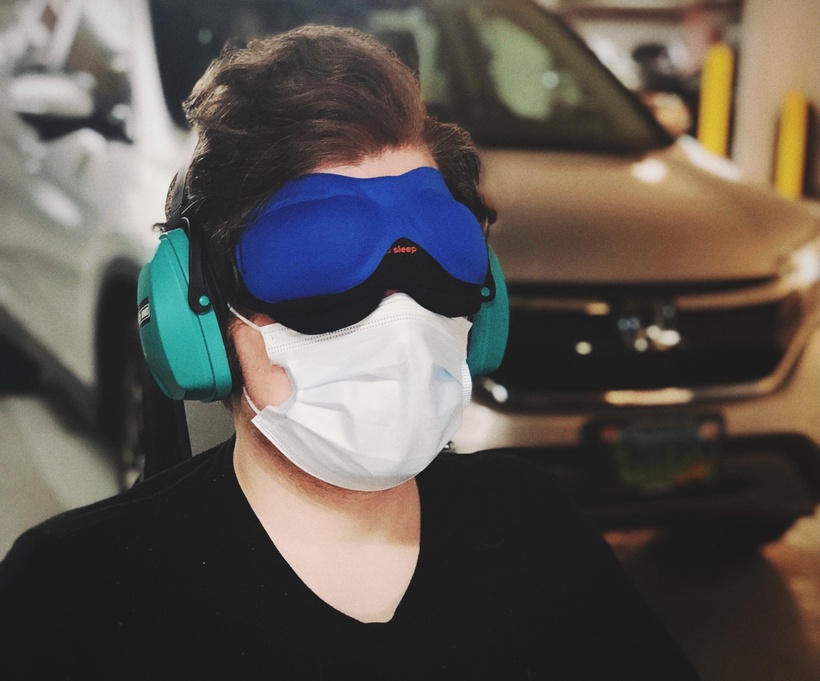 All suited up to get a Vyepti infusion for migraines in July, but it was no match for fenofibrate.

But last week, Brendan and I took stock of every recent change we could remember. I started a new med for CFS in late June, a fairly benign triglyceride medicine called fenofibrate, that’s been useful in some LongCovid cases. Brendan checked out the possible side effects, and like most drugs, it listed headaches. It wasn’t doing anything for me at that point anyway, so I stopped taking it. Voila! The unyielding pain settled into something much, much tamer. I can (sort of) function again! You really never know what medications will have unacceptable side effects.

It’s probably worth circling back to the fact that I had to figure this out with Brendan. My docs knew what meds I was on, and they knew migraines were worsening. But the CFS doc doesn’t address headaches, and the headache docs don’t mess with CFS meds.

The American medical establishment is great at acute care: come in with a broken leg, and they will fix it. It’s not great for complex, chronic illness: separate specialists get silo’d off and work discretely, but the body is not a set of discrete components. Perhaps it’s not so surprising that ME/CFS, a complex, multi-systemic condition, has been perpetually ignored, underfunded, doubted, and disparaged. It doesn’t sit comfortably inside any existing specialties, and it doesn’t fit neatly within our overall medical model.

It took me a long time to accept the fact that I would have to be my own case manager. I wanted doctors to be smarter than me and just get me better, I didn’t want to have to do loads of research on my own. But I had to, and in the process, I’ve come to sympathize with a lot of people that, in the past, I might have doubted.

I try to respect everyone as experts on their own bodies & experiences, whether talking about symptoms or treatments, no matter how outlandish it might seem at first. Some people have bodies that respond to their environment very differently than most people’s bodies.

I don’t expect people to know the science behind everything. Sometimes we haven’t studied a problem yet. Sometimes the studies we have are actually very poorly executed and haven’t been replicated. Sometimes treatments work or don’t work, and we still don’t know why. 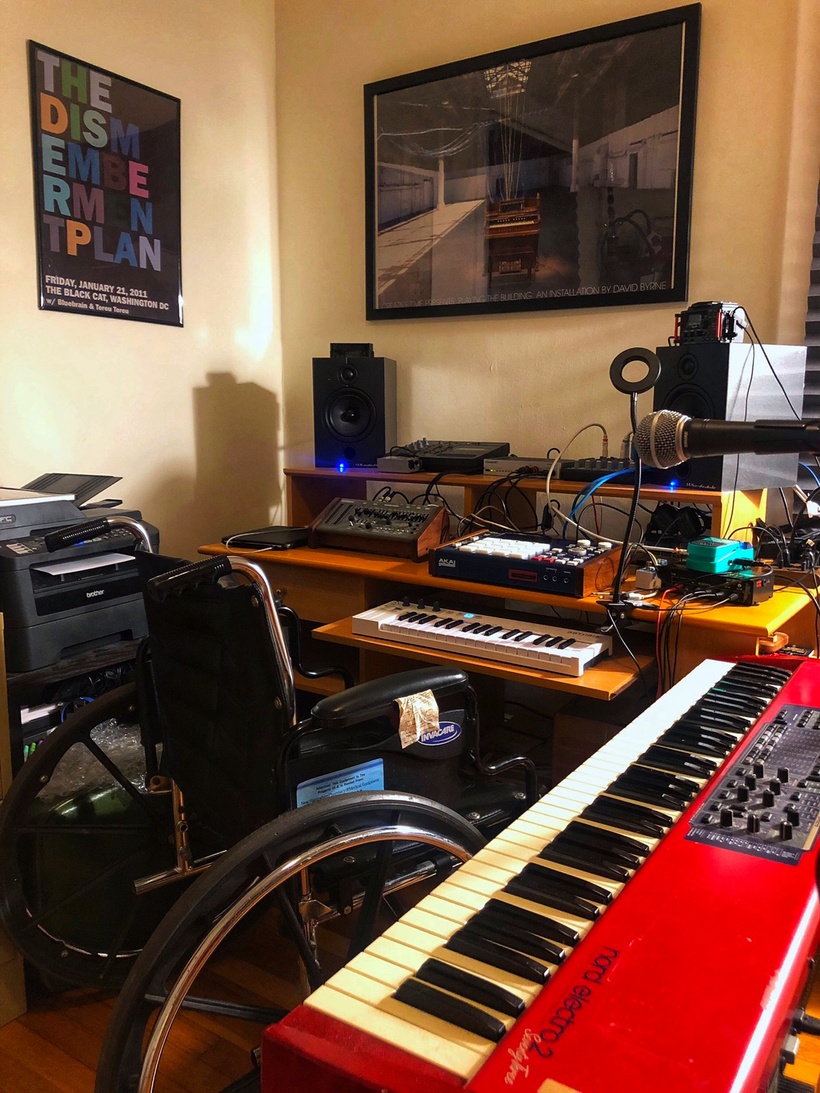 The wheelchair works surprisingly well as an office chair.

In any case, I’m stoked to make new sounds at my new creation station. I still have the tape machine and whatnot set up on the dining room table, but I wanted more of a pure songwriting spot too. It’s easy to just hit power and quickly access sounds now. My Dad made some custom end pieces for the MPC and for my recently acquired SH01a synth module; the wood really classes up the joint. Maybe I’ll make use of the new setup in my next collaboration…

I’m also excited to announce a new, upcoming release! I finally finished up a song called “Astering,” which I actually posted a demo of last year. Eamonn Aiken mixed it. Chad Clark is mastering it next week. I just posted this little song trailer on social media. I’m pressing 50 cassettes, which will also feature a B-side called “Strange Light” (there’s a demo of it floating around out there, but it’ll be updated and remastered too!). 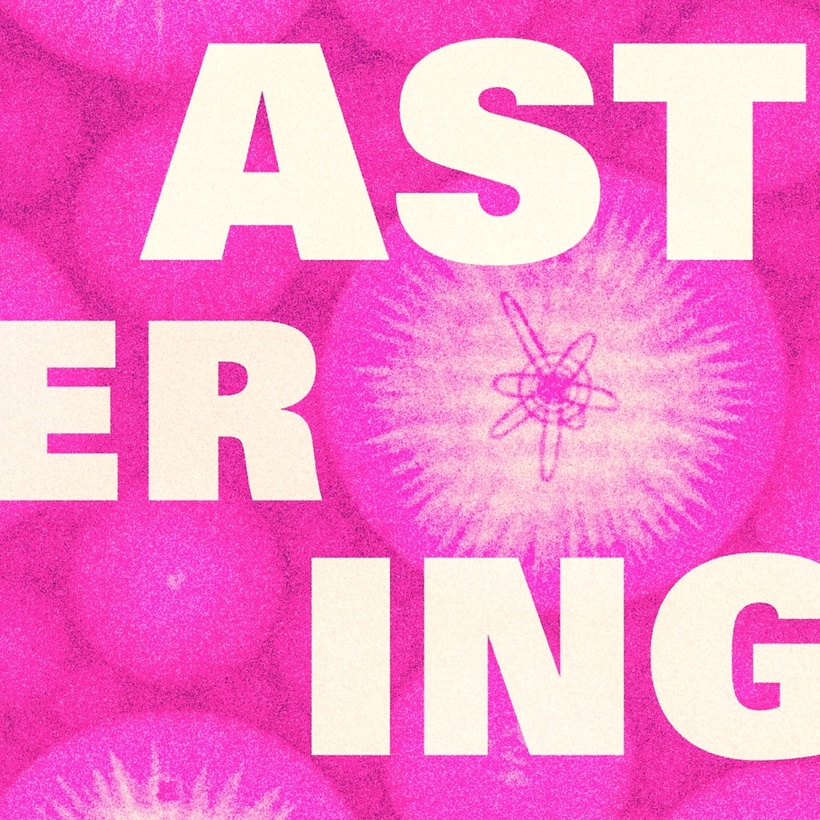 This is not a drill, new music is on the way!

In the meantime, I stumbled on this video of TV on The Radio from 2006. The energy is amazing, and it reminded me of all the really smart music that exploded out of Brooklyn in the early aughts. (Also, RIP Trevor Moore!)

With Much Love & Gratitude,

PS If you haven’t yet, head to my profile and hit “Follow,” so you don’t miss out on future updates!

If you’re just tuning in, here’s a neat summary of how this all started.

If you know someone who might want to read this update, pass it on!

I rely on the support of my patrons to stay afloat. If you enjoy my content, become a supporter to access even more!

No comments to show.